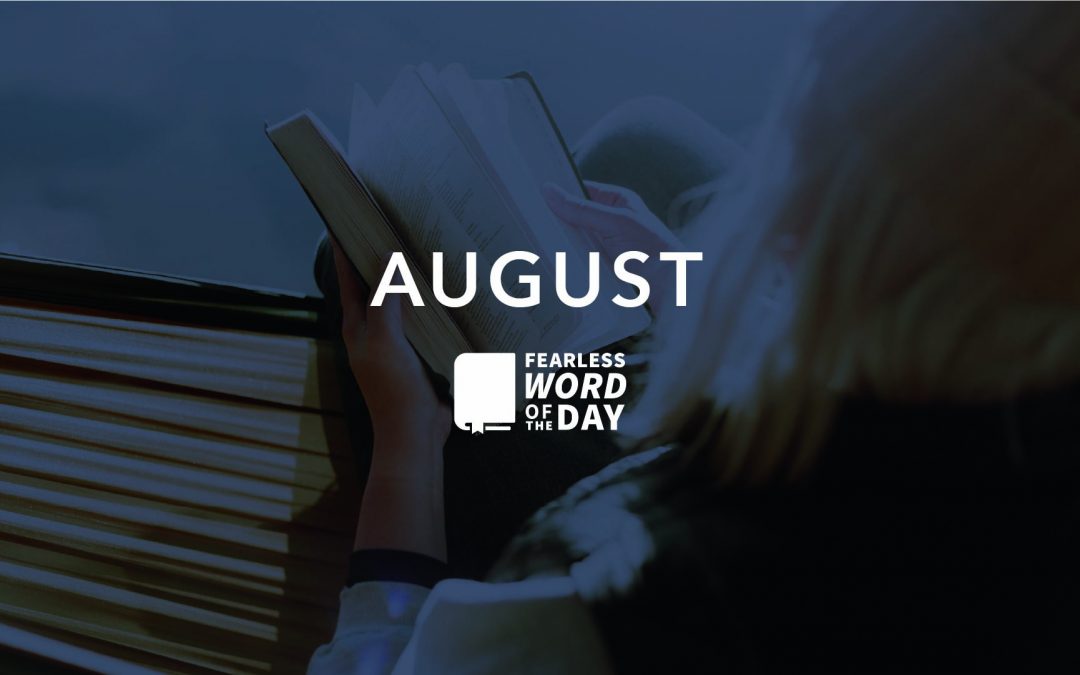 What causes fights and quarrels among you? Don’t they come from your desires that battle within you? You desire but do not have, so you kill. You covet but you cannot get what you want, so you quarrel and fight. You do not have because you do not ask God. When you ask, you do not receive, because you ask with wrong motives, that you may spend what you get on your pleasures.

In the days when the judges ruled, there was a famine in the land. So a man from Bethlehem in Judah, together with his wife and two sons, went to live for a while in the country of Moab. The man’s name was Elimelek, his wife’s name was Naomi, and the names of his two sons were Mahlon and Kilion. They were Ephrathites from Bethlehem, Judah. And they went to Moab and lived there. Now Elimelek, Naomi’s husband, died, and she was left with her two sons. They married Moabite women, one named Orpah and the other Ruth. After they had lived there about ten years, both Mahlon and Kilion also died, and Naomi was left without her two sons and her husband.

When Naomi heard in Moab that the Lord had come to the aid of his people by providing food for them, she and her daughters-in-law prepared to return home from there. With her two daughters-in-law she left the place where she had been living and set out on the road that would take them back to the land of Judah. Then Naomi said to her two daughters-in-law, “Go back, each of you, to your mother’s home. May the Lord show you kindness, as you have shown kindness to your dead husbands and to me. May the Lord grant that each of you will find rest in the home of another husband.” Then she kissed them goodbye and they wept aloud and said to her, “We will go back with you to your people.”

But Naomi said, “Return home, my daughters. Why would you come with me? Am I going to have any more sons, who could become your husbands? Return home, my daughters; I am too old to have another husband. Even if I thought there was still hope for me—even if I had a husband tonight and then gave birth to sons—would you wait until they grew up? Would you remain unmarried for them? No, my daughters. It is more bitter for me than for you, because the Lord’s hand has turned against me!”

At this they wept aloud again. Then Orpah kissed her mother-in-law goodbye, but Ruth clung to her. “Look,” said Naomi, “your sister-in-law is going back to her people and her gods. Go back with her.”

But Ruth replied, “Don’t urge me to leave you or to turn back from you. Where you go I will go, and where you stay I will stay. Your people will be my people and your God my God. Where you die I will die, and there I will be buried. May the Lord deal with me, be it ever so severely, if even death separates you and me.” When Naomi realized that Ruth was determined to go with her, she stopped urging her. So the two women went on until they came to Bethlehem. When they arrived in Bethlehem, the whole town was stirred because of them, and the women exclaimed, “Can this be Naomi?”

So Naomi returned from Moab accompanied by Ruth the Moabite, her daughter-in-law, arriving in Bethlehem as the barley harvest was beginning.

Now Naomi had a relative on her husband’s side, a man of standing from the clan of Elimelek, whose name was Boaz. And Ruth the Moabite said to Naomi, “Let me go to the fields and pick up the leftover grain behind anyone in whose eyes I find favor.” Naomi said to her, “Go ahead, my daughter.” So she went out, entered a field and began to glean behind the harvesters. As it turned out, she was working in a field belonging to Boaz, who was from the clan of Elimelek.

Just then Boaz arrived from Bethlehem and greeted the harvesters, “The Lord be with you!” “The Lord bless you!” they answered. Boaz asked the overseer of his harvesters, “Who does that young woman belong to?” The overseer replied, “She is the Moabite who came back from Moab with Naomi. She said, ‘Please let me glean and gather among the sheaves behind the harvesters.’ She came into the field and has remained here from morning till now, except for a short rest in the shelter.”

So Boaz said to Ruth, “My daughter, listen to me. Don’t go and glean in another field and don’t go away from here. Stay here with the women who work for me. Watch the field where the men are harvesting, and follow along after the women. I have told the men not to lay a hand on you. And whenever you are thirsty, go and get a drink from the water jars the men have filled.” At this, she bowed down with her face to the ground. She asked him, “Why have I found such favor in your eyes that you notice me—a foreigner?” Boaz replied, “I’ve been told all about what you have done for your mother-in-law since the death of your husband—how you left your father and mother and your homeland and came to live with a people you did not know before. May the Lord repay you for what you have done. May you be richly rewarded by the Lord, the God of Israel, under whose wings you have come to take refuge.”

“May I continue to find favor in your eyes, my lord,” she said. “You have put me at ease by speaking kindly to your servant—though I do not have the standing of one of your servants.” At mealtime Boaz said to her, “Come over here. Have some bread and dip it in the wine vinegar.” When she sat down with the harvesters, he offered her some roasted grain. She ate all she wanted and had some left over. As she got up to glean, Boaz gave orders to his men, “Let her gather among the sheaves and don’t reprimand her. Even pull out some stalks for her from the bundles and leave them for her to pick up, and don’t rebuke her.”

So Ruth gleaned in the field until evening. Then she threshed the barley she had gathered, and it amounted to about an ephah. She carried it back to town, and her mother-in-law saw how much she had gathered. Ruth also brought out and gave her what she had left over after she had eaten enough. Her mother-in-law asked her, “Where did you glean today? Where did you work? Blessed be the man who took notice of you!” Then Ruth told her mother-in-law about the one at whose place she had been working. “The name of the man I worked with today is Boaz,” she said.

“The Lord bless him!” Naomi said to her daughter-in-law. “He has not stopped showing his kindness to the living and the dead.” She added, “That man is our close relative; he is one of our guardian-redeemers.” Then Ruth the Moabite said, “He even said to me, ‘Stay with my workers until they finish harvesting all my grain.’”

Naomi said to Ruth her daughter-in-law, “It will be good for you, my daughter, to go with the women who work for him, because in someone else’s field you might be harmed.” So Ruth stayed close to the women of Boaz to glean until the barley and wheat harvests were finished. And she lived with her mother-in-law.