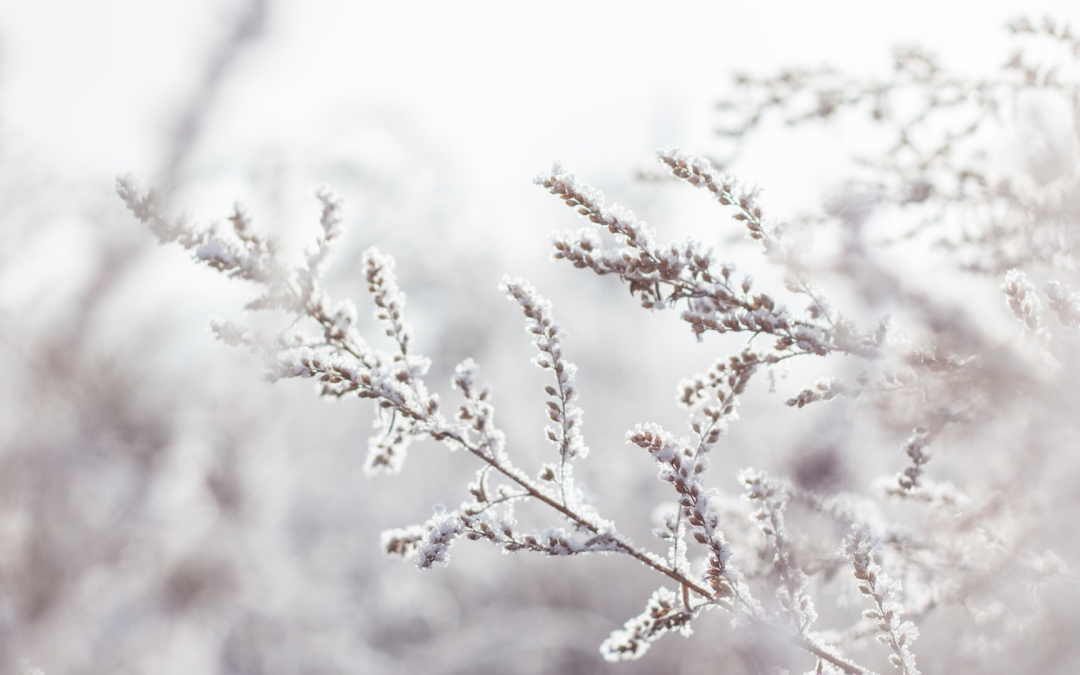 Therefore, I urge you, brothers and sisters, in view of God’s mercy, to offer your bodies as a living sacrifice, holy and pleasing to God—this is your true and proper worship. Do not conform to the pattern of this world, but be transformed by the renewing of your mind. Then you will be able to test and approve what God’s will is—his good, pleasing and perfect will. For by the grace given me I say to every one of you: Do not think of yourself more highly than you ought, but rather think of yourself with sober judgment, in accordance with the faith God has distributed to each of you.

As for you, you were dead in your transgressions and sins, in which you used to live when you followed the ways of this world and of the ruler of the kingdom of the air, the spirit who is now at work in those who are disobedient. All of us also lived among them at one time, gratifying the cravings of our flesh and following its desires and thoughts. Like the rest, we were by nature deserving of wrath.

But because of his great love for us, God, who is rich in mercy, made us alive with Christ even when we were dead in transgressions—it is by grace you have been saved.

And God raised us up with Christ and seated us with him in the heavenly realms in Christ Jesus, in order that in the coming ages he might show the incomparable riches of his grace, expressed in his kindness to us in Christ Jesus.

For it is by grace you have been saved, through faith—and this is not from yourselves, it is the gift of God— not by works, so that no one can boast. For we are God’s handiwork, created in Christ Jesus to do good works, which God prepared in advance for us to do.

Now the Passover and the Festival of Unleavened Bread were only two days away, and the chief priests and the teachers of the law were scheming to arrest Jesus secretly and kill him. “But not during the festival,” they said, “or the people may riot.”

While he was in Bethany, reclining at the table in the home of Simon the Leper, a woman came with an alabaster jar of very expensive perfume, made of pure nard. She broke the jar and poured the perfume on his head. Some of those present were saying indignantly to one another, “Why this waste of perfume? It could have been sold for more than a year’s wages and the money given to the poor.” And they rebuked her harshly.

“Leave her alone,” said Jesus. “Why are you bothering her? She has done a beautiful thing to me. The poor you will always have with you, and you can help them any time you want. But you will not always have me. She did what she could. She poured perfume on my body beforehand to prepare for my burial. Truly I tell you, wherever the gospel is preached throughout the world, what she has done will also be told, in memory of her.”

Then Judas Iscariot, one of the Twelve, went to the chief priests to betray Jesus to them. They were delighted to hear this and promised to give him money. So he watched for an opportunity to hand him over.

On the first day of the Festival of Unleavened Bread, when it was customary to sacrifice the Passover lamb, Jesus’ disciples asked him, “Where do you want us to go and make preparations for you to eat the Passover?” So he sent two of his disciples, telling them, “Go into the city, and a man carrying a jar of water will meet you. Follow him. Say to the owner of the house he enters, ‘The Teacher asks: Where is my guest room, where I may eat the Passover with my disciples?’ He will show you a large room upstairs, furnished and ready. Make preparations for us there.” The disciples left, went into the city and found things just as Jesus had told them. So they prepared the Passover.

When evening came, Jesus arrived with the Twelve. While they were reclining at the table eating, he said, “Truly I tell you, one of you will betray me—one who is eating with me.”  They were saddened, and one by one they said to him, “Surely you don’t mean me?”

“It is one of the Twelve,” he replied, “one who dips bread into the bowl with me. The Son of Man will go just as it is written about him. But woe to that man who betrays the Son of Man! It would be better for him if he had not been born.”

While they were eating, Jesus took bread, and when he had given thanks, he broke it and gave it to his disciples, saying, “Take it; this is my body.” Then he took a cup, and when he had given thanks, he gave it to them, and they all drank from it. “This is my blood of the covenant, which is poured out for many,” he said to them. “Truly I tell you, I will not drink again from the fruit of the vine until that day when I drink it new in the kingdom of God.” When they had sung a hymn, they went out to the Mount of Olives.

But to you who are listening I say: Love your enemies, do good to those who hate you, bless those who curse you, pray for those who mistreat you. If someone slaps you on one cheek, turn to them the other also. If someone takes your coat, do not withhold your shirt from them. Give to everyone who asks you, and if anyone takes what belongs to you, do not demand it back. Do to others as you would have them do to you.

But love your enemies, do good to them, and lend to them without expecting to get anything back. Then your reward will be great, and you will be children of the Most High, because he is kind to the ungrateful and wicked. Be merciful, just as your Father is merciful.

He also told them this parable: “Can the blind lead the blind? Will they not both fall into a pit? The student is not above the teacher, but everyone who is fully trained will be like their teacher.

After six days Jesus took with him Peter, James and John the brother of James, and led them up a high mountain by themselves. There he was transfigured before them. His face shone like the sun, and his clothes became as white as the light. Just then there appeared before them Moses and Elijah, talking with Jesus.

Peter said to Jesus, “Lord, it is good for us to be here. If you wish, I will put up three shelters—one for you, one for Moses and one for Elijah.” While he was still speaking, a bright cloud covered them, and a voice from the cloud said, “This is my Son, whom I love; with him I am well pleased. Listen to him!” When the disciples heard this, they fell facedown to the ground, terrified. But Jesus came and touched them. “Get up,” he said. “Don’t be afraid.” When they looked up, they saw no one except Jesus.

As they were coming down the mountain, Jesus instructed them, “Don’t tell anyone what you have seen, until the Son of Man has been raised from the dead.” The disciples asked him, “Why then do the teachers of the law say that Elijah must come first?” Jesus replied, “To be sure, Elijah comes and will restore all things. But I tell you, Elijah has already come, and they did not recognize him, but have done to him everything they wished. In the same way the Son of Man is going to suffer at their hands.” Then the disciples understood that he was talking to them about John the Baptist.

When they came to the crowd, a man approached Jesus and knelt before him. “Lord, have mercy on my son,” he said. “He has seizures and is suffering greatly. He often falls into the fire or into the water. I brought him to your disciples, but they could not heal him.”

You unbelieving and perverse generation,” Jesus replied, “how long shall I stay with you? How long shall I put up with you? Bring the boy here to me.” Jesus rebuked the demon, and it came out of the boy, and he was healed at that moment.

Then the disciples came to Jesus in private and asked, “Why couldn’t we drive it out?” He replied, “Because you have so little faith. Truly I tell you, if you have faith as small as a mustard seed, you can say to this mountain, ‘Move from here to there,’ and it will move. Nothing will be impossible for you.”

When they came together in Galilee, he said to them, “The Son of Man is going to be delivered into the hands of men. They will kill him, and on the third day he will be raised to life.” And the disciples were filled with grief.

Jesus stepped into a boat, crossed over and came to his own town. Some men brought to him a paralyzed man, lying on a mat. When Jesus saw their faith, he said to the man, “Take heart, son; your sins are forgiven.” At this, some of the teachers of the law said to themselves, “This fellow is blaspheming!”

Knowing their thoughts, Jesus said, “Why do you entertain evil thoughts in your hearts? Which is easier: to say, ‘Your sins are forgiven,’ or to say, ‘Get up and walk’? But I want you to know that the Son of Man has authority on earth to forgive sins.” So he said to the paralyzed man, “Get up, take your mat and go home.” Then the man got up and went home. When the crowd saw this, they were filled with awe; and they praised God, who had given such authority to man.

On hearing this, Jesus said, “It is not the healthy who need a doctor, but the sick. But go and learn what this means: ‘I desire mercy, not sacrifice.’ For I have not come to call the righteous, but sinners.”

Then John’s disciples came and asked him, “How is it that we and the Pharisees fast often, but your disciples do not fast?” Jesus answered, “How can the guests of the bridegroom mourn while he is with them? The time will come when the bridegroom will be taken from them; then they will fast. “No one sews a patch of unshrunk cloth on an old garment, for the patch will pull away from the garment, making the tear worse. Neither do people pour new wine into old wineskins. If they do, the skins will burst; the wine will run out and the wineskins will be ruined. No, they pour new wine into new wineskins, and both are preserved.”