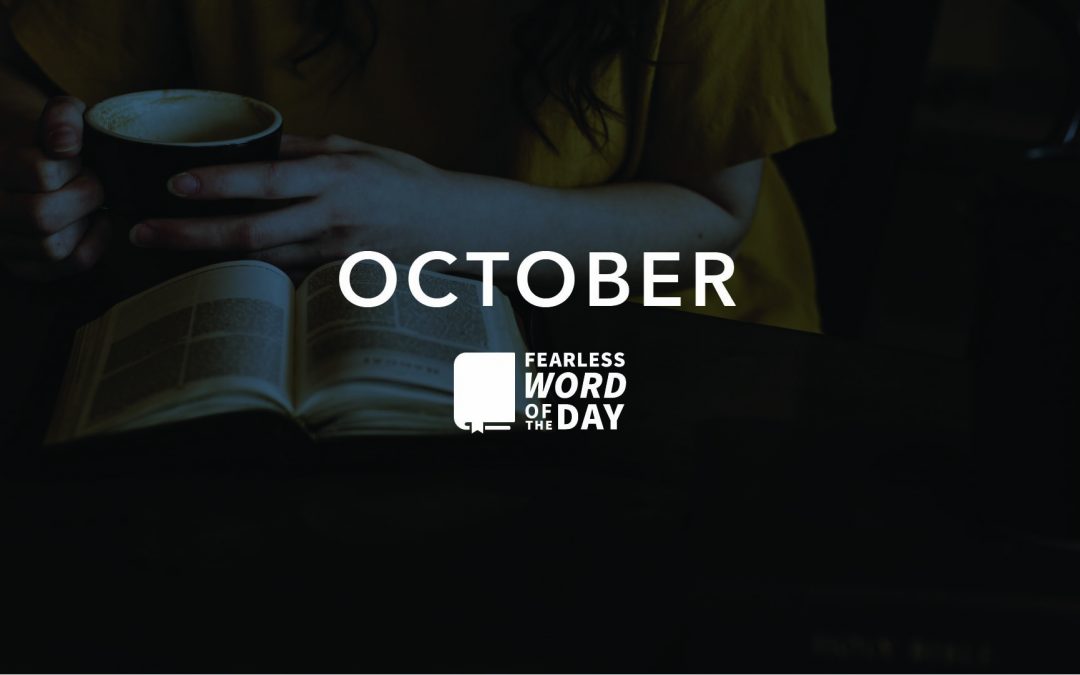 Now Elijah the Tishbite, from Tishbe in Gilead, said to Ahab, “As the Lord, the God of Israel, lives, whom I serve, there will be neither dew nor rain in the next few years except at my word.” Then the word of the Lord came to Elijah:

“Leave here, turn eastward and hide in the Kerith Ravine, east of the Jordan. You will drink from the brook, and I have directed the ravens to supply you with food there.”

Some time later the brook dried up because there had been no rain in the land. Then the word of the Lord came to him: “Go at once to Zarephath in the region of Sidon and stay there. I have directed a widow there to supply you with food.”

So he went to Zarephath. When he came to the town gate, a widow was there gathering sticks. He called to her and asked, “Would you bring me a little water in a jar so I may have a drink?” As she was going to get it, he called, “And bring me, please, a piece of bread.”

“As surely as the Lord your God lives,” she replied, “I don’t have any bread—only a handful of flour in a jar and a little olive oil in a jug. I am gathering a few sticks to take home and make a meal for myself and my son, that we may eat it—and die.”

Elijah said to her, “Don’t be afraid. Go home and do as you have said. But first make a small loaf of bread for me from what you have and bring it to me, and then make something for yourself and your son. For this is what the Lord, the God of Israel, says: ‘The jar of flour will not be used up and the jug of oil will not run dry until the day the Lord sends rain on the land.’”

She went away and did as Elijah had told her. So there was food every day for Elijah and for the woman and her family. For the jar of flour was not used up and the jug of oil did not run dry, in keeping with the word of the Lord spoken by Elijah.

Some time later the son of the woman who owned the house became ill. He grew worse and worse, and finally stopped breathing. She said to Elijah, “What do you have against me, man of God? Did you come to remind me of my sin and kill my son?”

The Lord heard Elijah’s cry, and the boy’s life returned to him, and he lived. Elijah picked up the child and carried him down from the room into the house. He gave him to his mother and said, “Look, your son is alive!” Then the woman said to Elijah, “Now I know that you are a man of God and that the word of the Lord from your mouth is the truth.”

Now Naaman was commander of the army of the king of Aram. He was a great man in the sight of his master and highly regarded, because through him the Lord had given victory to Aram. He was a valiant soldier, but he had leprosy. Now bands of raiders from Aram had gone out and had taken captive a young girl from Israel, and she served Naaman’s wife.

She said to her mistress, “If only my master would see the prophet who is in Samaria! He would cure him of his leprosy.” Naaman went to his master and told him what the girl from Israel had said.

“By all means, go,” the king of Aram replied. “I will send a letter to the king of Israel.” So Naaman left, taking with him ten talents of silver, six thousand shekels of gold and ten sets of clothing. The letter that he took to the king of Israel read: “With this letter I am sending my servant Naaman to you so that you may cure him of his leprosy.”

As soon as the king of Israel read the letter, he tore his robes and said, “Am I God? Can I kill and bring back to life? Why does this fellow send someone to me to be cured of his leprosy? See how he is trying to pick a quarrel with me!

When Elisha the man of God heard that the king of Israel had torn his robes, he sent him this message: “Why have you torn your robes? Have the man come to me and he will know that there is a prophet in Israel.”

So Naaman went with his horses and chariots and stopped at the door of Elisha’s house.

Elisha sent a messenger to say to him, “Go, wash yourself seven times in the Jordan, and your flesh will be restored and you will be cleansed.”

But Naaman went away angry and said, “I thought that he would surely come out to me and stand and call on the name of the Lord his God, wave his hand over the spot and cure me of my leprosy.

Are not Abana and Pharpar, the rivers of Damascus, better than all the waters of Israel? Couldn’t I wash in them and be cleansed?” So he turned and went off in a rage.

Naaman’s servants went to him and said, “My father, if the prophet had told you to do some great thing, would you not have done it? How much more, then, when he tells you, ‘Wash and be cleansed’!”

So he went down and dipped himself in the Jordan seven times, as the man of God had told him, and his flesh was restored and became clean like that of a young boy.

Then Naaman and all his attendants went back to the man of God. He stood before him and said, “Now I know that there is no God in all the world except in Israel. So please accept a gift from your servant.” The prophet answered, “As surely as the Lord lives, whom I serve, I will not accept a thing.” And even though Naaman urged him, he refused.

“If you will not,” said Naaman, “please let me, your servant, be given as much earth as a pair of mules can carry, for your servant will never again make burnt offerings and sacrifices to any other god but the Lord.

He said to them: “It is not for you to know the times or dates the Father has set by his own authority.But you will receive power when the Holy Spirit comes on you; and you will be my witnesses in Jerusalem, and in all Judea and Samaria, and to the ends of the earth.” After he said this, he was taken up before their very eyes, and a cloud hid him from their sight. They were looking intently up into the sky as he was going, when suddenly two men dressed in white stood beside them. “Men of Galilee,” they said, “why do you stand here looking into the sky? This same Jesus, who has been taken from you into heaven, will come back in the same way you have seen him go into heaven.”

When the day of Pentecost came, they were all together in one place. Suddenly a sound like the blowing of a violent wind came from heaven and filled the whole house where they were sitting. They saw what seemed to be tongues of fire that separated and came to rest on each of them. All of them were filled with the Holy Spirit and began to speak in other tongues as the Spirit enabled them. Now there were staying in Jerusalem God-fearing Jews from every nation under heaven. When they heard this sound, a crowd came together in bewilderment, because each one heard their own language being spoken.

Utterly amazed, they asked: “Aren’t all these who are speaking Galileans? Then how is it that each of us hears them in our native language? Parthians, Medes and Elamites; residents of Mesopotamia, Judea and Cappadocia, Pontus and Asia, Phrygia and Pamphylia, Egypt and the parts of Libya near Cyrene; visitors from Rome (both Jews and converts to Judaism); Cretans and Arabs—we hear them declaring the wonders of God in our own tongues!” Amazed and perplexed, they asked one another, “What does this mean?” Some, however, made fun of them and said, “They have had too much wine.”

So Boaz took Ruth and she became his wife. When he made love to her, the Lord enabled her to conceive, and she gave birth to a son. The women said to Naomi: “Praise be to the Lord, who this day has not left you without a guardian-redeemer. May he become famous throughout Israel!

“Therefore let all Israel be assured of this: God has made this Jesus, whom you crucified, both Lord and Messiah.” When the people heard this, they were cut to the heart and said to Peter and the other apostles, “Brothers, what shall we do?” Peter replied, “Repent and be baptized, every one of you, in the name of Jesus Christ for the forgiveness of your sins. And you will receive the gift of the Holy Spirit. The promise is for you and your children and for all who are far off—for all whom the Lord our God will call.”

With many other words he warned them; and he pleaded with them, “Save yourselves from this corrupt generation.” Those who accepted his message were baptized, and about three thousand were added to their number that day.